BASMOON Vodka is handmade in our own distillery by traditional methods.

Local potatoes are recognized worldwide for their quality and authentic taste, and allow us to produce our hand-craft vodka to the original recipe. Natural and balanced taste with smooth touch. UNIQUE. 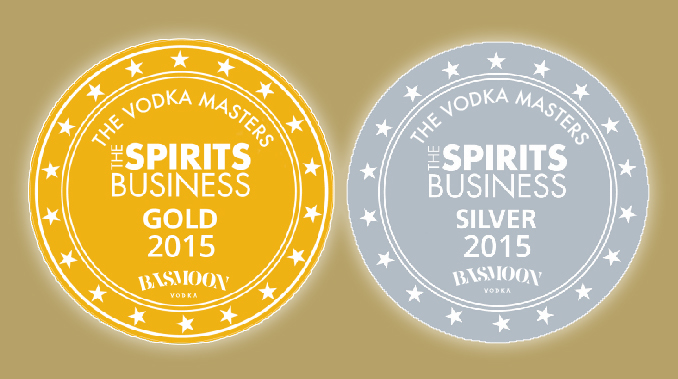 This is the picking of The Global Vodka Masters 2015 hosted by the prestigious magazine The Spirits Business.

A step forward that recognizes its sweetness, rich tones and the hand-crafted distillation. 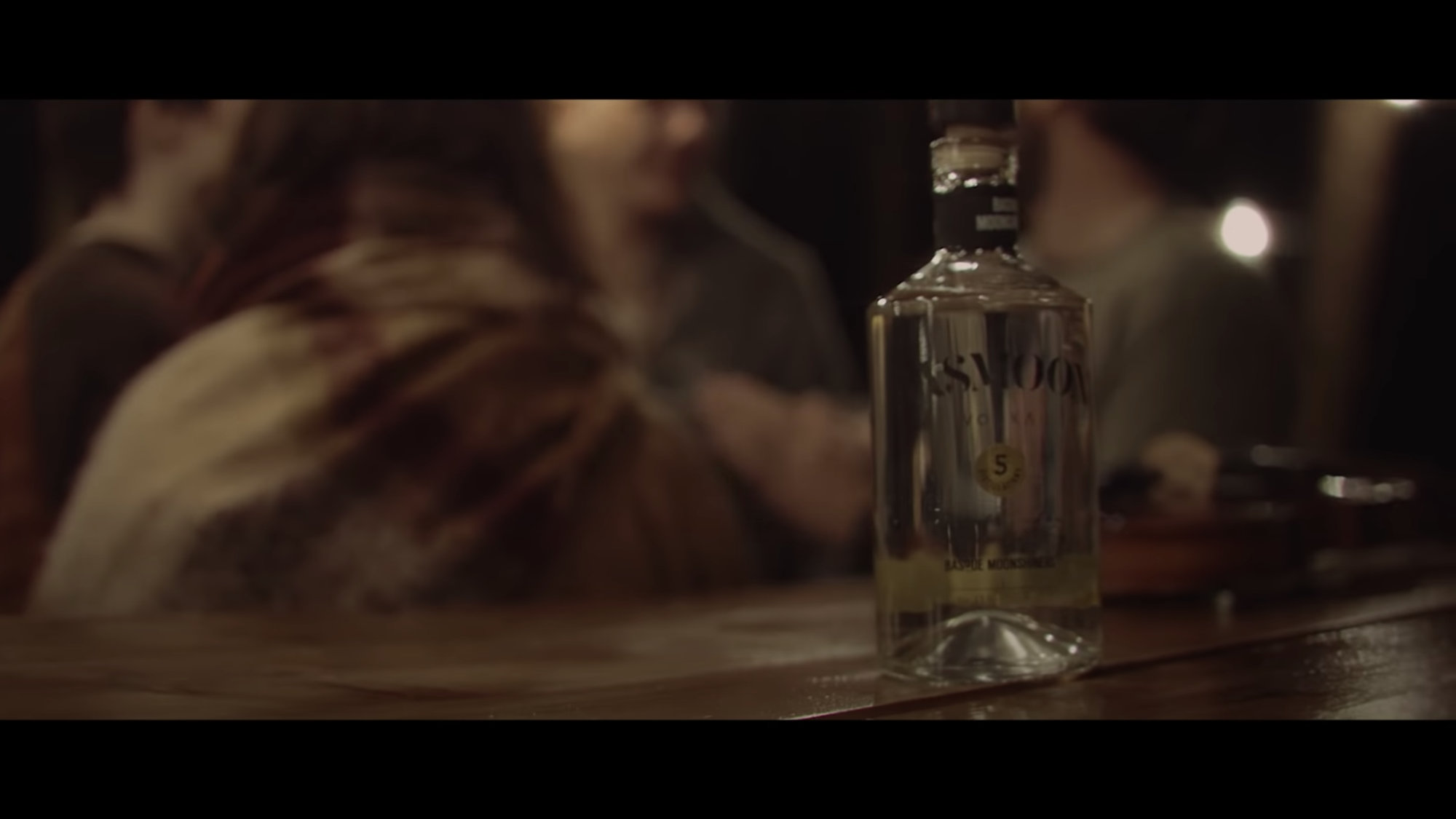 The war brought potatoes to Álava, the south-western territory of the Basque Country. Due to the War of Independence (1814) and the Carlist Wars (1833, 1846 and 1872) it was a bloody nineteenth century. With a famine empowered population, the potato then became an essential nutrient for both the diet and the economy of the territory.

The potato was immune to local hard weather like rain, snow, frost…and today it has become a symbol of quality internationally.

BASMOON Vodka is made with Agria variety, a sowing local potato. Rich in starch, allow us to obtain high alcohol efficiency.

Today BASMOON Vodka is handcrafted in our own distillery with traditional methods. Five-times distilled premium vodka combining a smooth, sweet and balanced taste with citric touches as well as cocoa and liquorice. 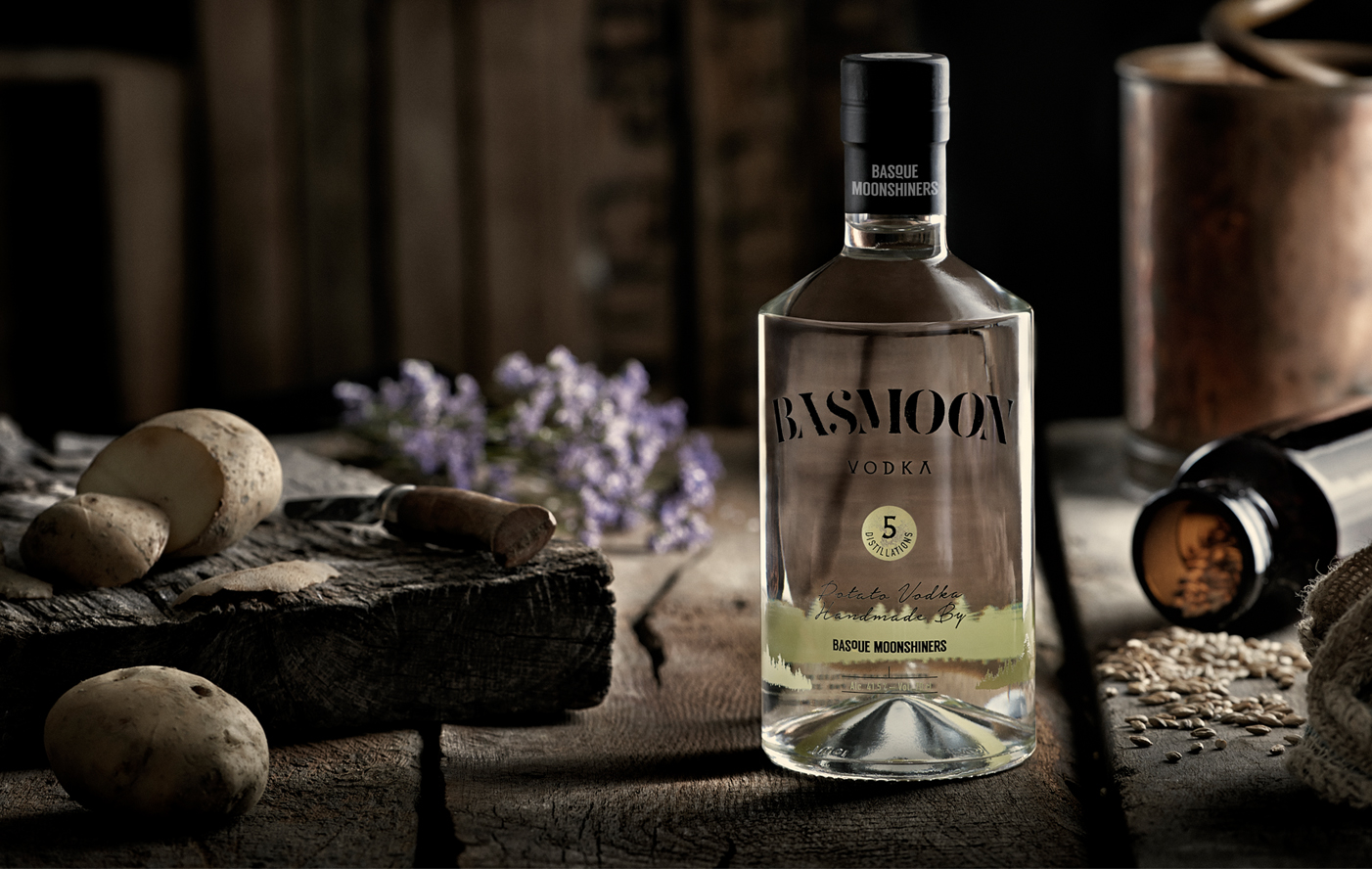 A pure, true and authentic vodka for people who dare to make their own way.

Do you want to join the Basque Moonshiners family?

Bienvenido a la Familia Moonshiner.
OK
Thank you!
In a few moments you will receive a confirmation email in the mailbox you have indicated.

Once you have confirmed your subscription, you will become part of the Moonshiner Club.

Welcome to the Moonshiner Family.
OK
Bienvenido | Welcome
Para visitar esta web tienes que ser mayor de edad.
¿Tienes más de 18 años?
You must be at least 18 to enter this page.
Entrando en esta página aceptas la política de privacidad y cookies.
By accepting you are over 18 years and entering the site, you accept the use of cookies.
Sí / yes
no